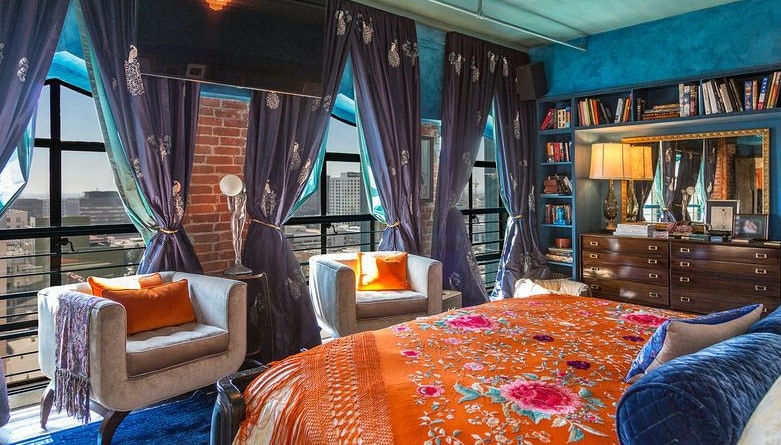 Widely considered one of Hollywood’s great actors, going back three decades, Johnny Depp has been in the news more of late for his defamation suit against former wife Amber Heard. It’s been, for many, as tawdry a spectacle of celebrity lifestyle that’s ever been on display. What is less well-known than either this recent media circus or his distinguished Hollywood career is his illustrious history as a real estate investor. Consider Johnny Depp’s impressive penthouse collection.

“Grumpy-gate“, testimony about Depps’ alleged abuse of alcohol and drugs, allegations of affairs – hours of testimony from both Depp and Heard, as well as from security people and psychologists, at times riveting and at other times not. Think of a car wreck on Highway 401. You see the carnage coming up from a distance, you know it’s going to be bad, and still you fix your gaze, a full drive-by scan. But your foot remains down on the gas (battery?) out of the guilt that you’re being titillated by other people’s pain.

We loved Depp’s acting give-and-take with Al Pacino in Donnie Brasco, the seething rage of his performance as gangster Whitey Bulger in Black Mass, and all the way back to his first film foray with director Tim Burton as the child-like lead character in Edward Scissorhands.

So he’s been one of Hollywood’s most bankable stars, and an award winner, with Golden Globes and Screen Actors’ Guild Award statues. But what a lot of people perhaps were not aware of was Depp’s savvy as a real estate investor. During his marriage to Vanessa Paradis, he bought an entire French village, 17 miles north of St. Tropez. The original 12 stone structures, over 37 acres, were built in the 1800s. It was recently on the market for $55.5 million. Depp owns an island in the Bahamas.

Whether this show trial deletes both their film careers is another discussion. Depp made a fortune from his Pirates of the Caribbean Jack Sparrow role, a project he has also used for really, really good purposes in the recent past:

One of L.A.’s great pieces of Art Deco architecture

It was his collection of Los Angeles penthouses that’s been in the news these days, reportedly a target of Heard’s during their divorce. Depp bought the five multi-storied, side-by-side Eastern Columbia building penthouses in 2007. The 13-storey Eastern Columbia building had been refurbished. It had been designed by Claud Beelman in 1930, a wonderful piece of Art deco architecture.

Depp decorated each of them in his own unique eclectic decorating style, a real industrial vibe. But he never joined them together. He kept them as individual units, so he could move back and forth, or offer them to friends and family.

Johnny Depp’s collection of five penthouses were available in 2016 as a group for $12.78 million. According to the New York Post, he sold them in 2017. Heard and Depp divorced in 2016.

Thanks to toptenrealestatedeals.com for this. Images via James Lang, Berlyn Photography/Partners Trust.