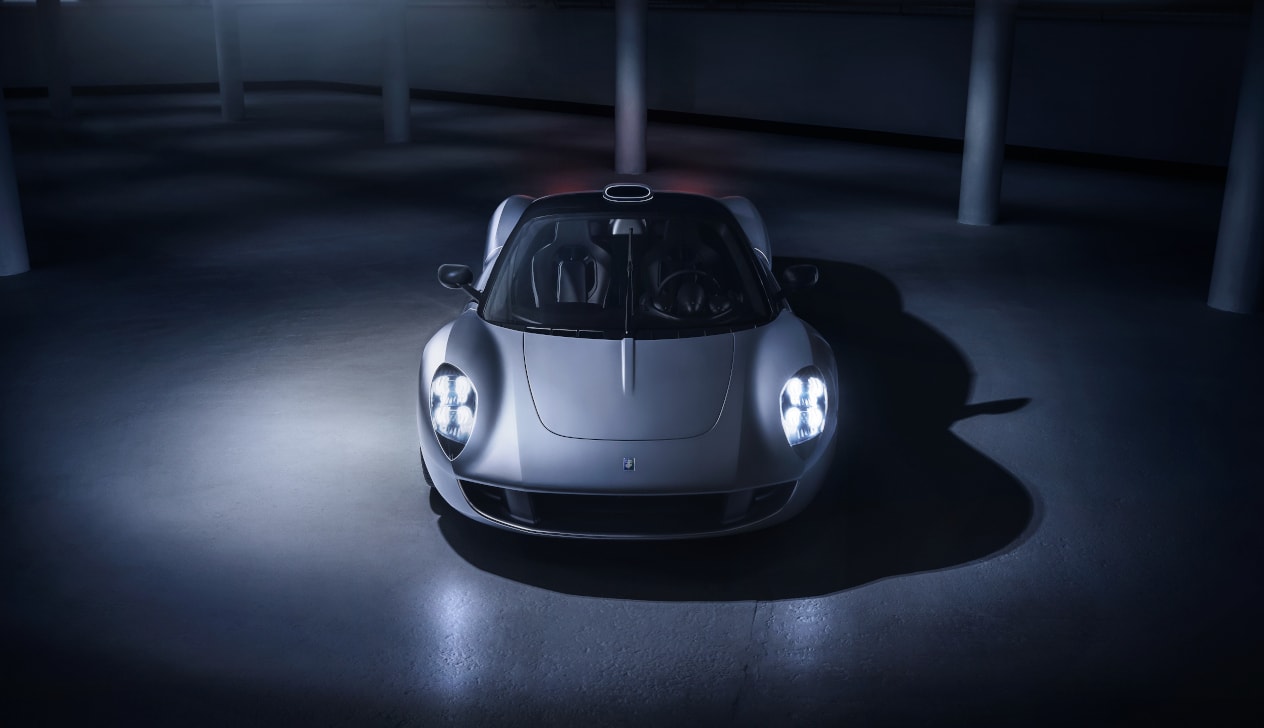 GORDON MURRAY T.33 IS AN ALLURING SLICE OF V12 NOSTALGIA

Supercars or hypercars can be accused of being nothing more than science project due to the constant need of outwitting each other. To quest to shave off that second from a lap-time or getting the most advanced aerodynamics package; supercars or hypercars are all about the numbers. The Gordon Murray T.33 is less so and is rather proud to be analogue in this overly digital world. It is the more accessible sibling to the T.50 with a bit more of everyday useability mixed in.

Related: Sunday drive? The Koenigsegg Gemera is a 1700 BHP hypercar that fits a family of four

However, like the T.50 or even Gordon Murray’s most famous creation, the McLaren F1, the discussion must start with the powertrain nestled beneath the curvaceous lines. It is from Cosworth and is a naturally aspirated unit with being free from turbocharging or even any electrical assistance. The 3.9-litre V12 develops 615PS @ 10,500rpm and 451Nm @ 9,000rpm while having a redline which can reach to a glorious 11,000 rpm. That is something no other powertrain can boast of.

Weighing just 178kg, this V12 powertrain has been tuned to be less edgy than the more extreme T.50 and instead its peak torque delivery has been tuned to be available from 4,500rpm to 10,500rpm. Enthusiasts who bemoan the lack of a stick shift would be happy that the T.33 is the only hypercar to oblige to their demand (other than the T.50 of course).

The totally bespoke six-speed transmission is made by British transmission experts Xtrac while for the first time, buyers also get an option to have a paddle shift iteration of the same ‘box. At 82kg, it is the world’s lightest supercar unit in terms of a gearbox while at 78kg, the paddle shift is also the lightest gearbox of its kind.

With such lightness, you would think that the interior would as luxurious as a medieval cave but fret not as the T.33 is quite luxurious along with being packed with necessary technology features. The interior design is pared back though but everything is here for a reason and there is a lack of clutter which impresses. There are no column stalks as there are buttons on the steering wheel and the rev counter is analogue.

There are no screens everywhere with all controls being rotary and analogue. The carbon steering wheel and adjustable carbon seats can be tailored to owners with a high level of customization on offer. Other important bits? The steering is hydraulic assisted and there are Brembo Carbon Ceramic Material (CCM) brake discs.

The whole car is light at weighing less than 1100kg yet the design is timeless, being centred upon old racing cars of the past. The T.33 is not a showpiece with ludicrous power outputs or being stuffed with enough computing power to be classified as a NASA space project.

Instead, the T.33 takes technology and adds lightness along with analogue bits which would appeal to the driver. It is clear that the T.33, like the T.50 would be an analogue driver’s car. Priced at $1.83 million, it isn’t as much of an extravagance as the T.50 but it is still a wildly expensive hypercar and with only 100 examples being built, it sure is more exclusive than all of the others.

The T.33 exists to show hypercars are not just about chest thumping numbers or needless complexity. Sometimes, it’s all about the driver and the T.33 beautifully amplifies that.

Beautiful styling inspired by old racing cars along with a purely analogue approach to building supercars.

Lacks the extreme three-seater layout of the more expensive T.50 and is still a limited edition expensive hypercar.