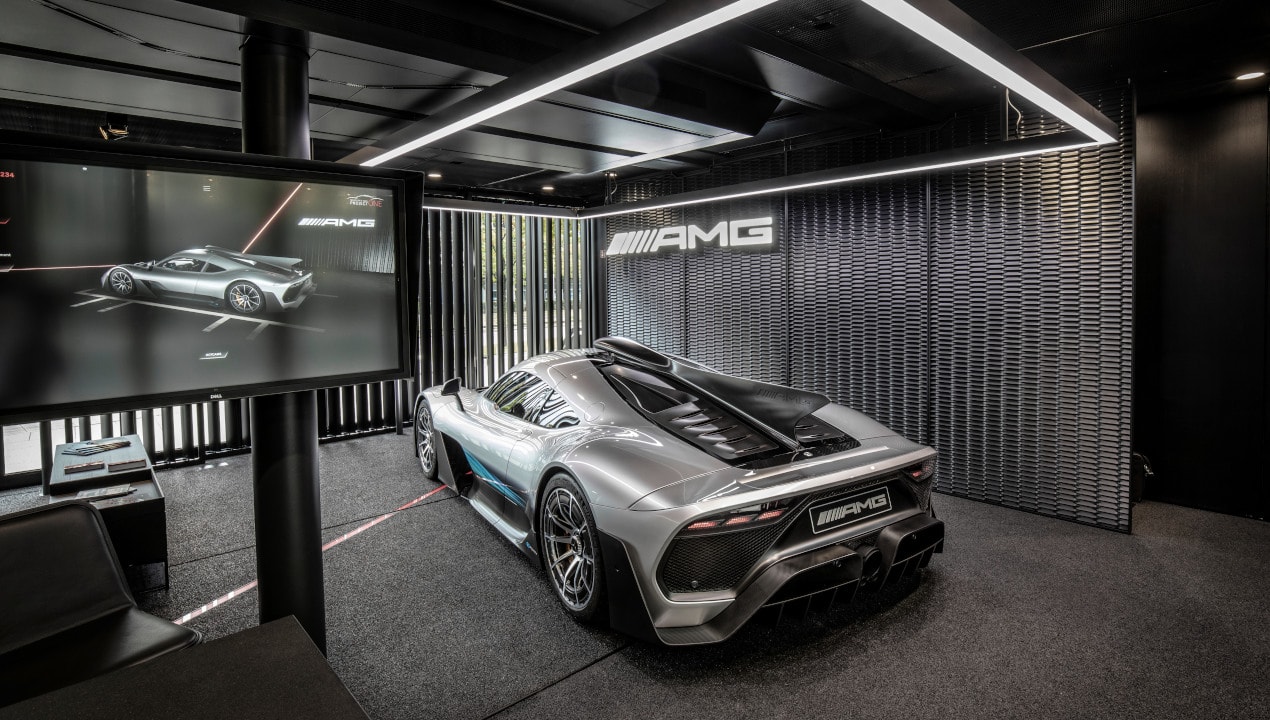 “Race on Sunday—Sell on Monday” is an old adage that has stuck firmly with the latest wave of hypercars engulfing our markets. The Bugatti Veyron started this whole segment of uncompromising performance along with ludicrous price-tags and power figures to match. While there are plenty of new hypercars coming to the market, the one new hypercar that everyone is eagerly waiting for, has been, quite literally, given the moniker- AMG One.

Yes, the Formula One derived hypercar has been plagued with delays which have pushed back its release date by years but now it’s finally coming to the streets and the garages of its 275 lucky owners. The AMG One would be ready by next year and the long gestation has only heightened the excitement and also shown the complexity surround its hybrid F1 powertrain. In essence, the AMG one is a F1 car for the road albeit with a roof and some luxury amenities.

The goal was to create a car with the same powertrain as an F1 car. In case of the AMG One it’s the 1.6-litre V6 hybrid petrol engine with direct injection and electrically assisted single turbocharging that’s there in the Mercedes-AMG Petronas Formula 1 racing car.

The mid-engined Mercedes-AMG One can easily reach speeds of 11,000 rpm but since it will have to use Super Plus petrol instead of racing fuel, it can’t be as crazy as the F1 car but still is as close as it gets. This is a hybrid motor and it also gets electric motor on the front axle. Total power is 1000 hp and top speeds would be beyond 350 km/h. 0-200kmh (124mph) would be achieved in under six seconds.

Everything else is also designed for the relentless pursuit of performance. The shape is inspired by aerodynamics and also massive intakes to cool down while having a racing car look to it. Everything is new including the gearbox which had to be custom made plus also the wheels amongst other features.

The AMG One is not a GT car as much as a hypercar with the seats integrated into the monocoque while the pedals and steering wheel are adjustable. While there are two high-resolution, free-standing 10-inch displays, the construction of the interior to the overall body are all lightweight materials including high-grade carbon-fibre.

The production car maintains the sci-fi concept look but what caused the delays would be the extensive complications in resulting from the AMG One being certified for road use.

This might be for the track like an F1 car, but the AMG One would also have to be used on the road hence would require to meet noise/emissions regulations; things an F1 powertrain need not care about. The chief concern: an F1 car idles at 5000rpm while the road car has to do it at much less.

Just 275 constructed and they’re all sold

Mercedes-AMG won’t have a problem selling it as all 275 have been spoken for and it is all up-to them to deliver the cars along with getting them on the road. We also reckon even at US$2.72 million a pop, AMG won’t be making a huge profit due to the hugely complex powertrain and the cost but it does act as a halo car for the forthcoming EV/performance hybrids form the Mercedes-AMG range. Overall, the AMG One may have taken its own sweet time but it’s better late than never!