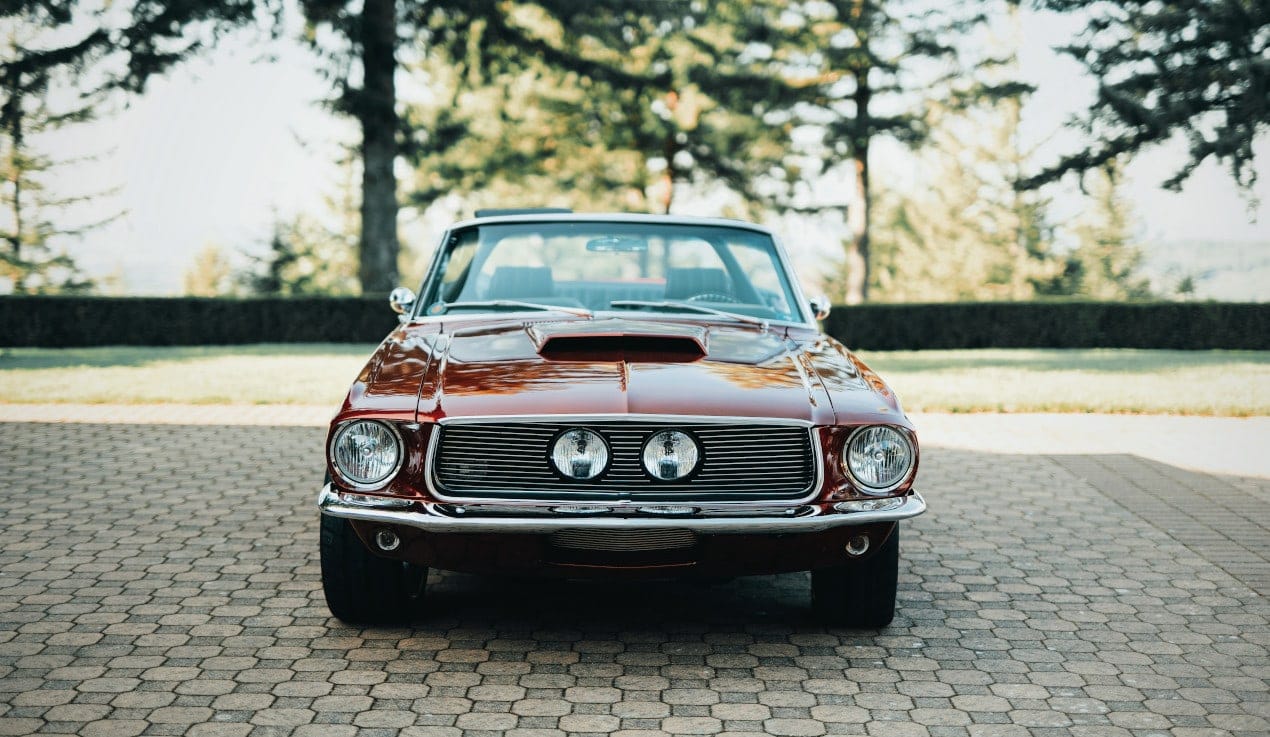 10 OF THE EASIEST CLASSIC AMERICAN CARS TO RESTORE

Beginning a new hobby is an excellent thing that can develop into a passion. And there’s no greater passion than fixing something up. Classic cars are a great starting point for novice restoration projects since they are easier than most.

Related: From Aston Martin to Porsche: The A-Z of supercars

You can usually find spare parts in the easily accessible aftermarket culture. Here are 10 of the easiest for beginners.

Is there any more significant symbol of the American motor industry than the 1965 Ford Mustang? Stunning to look at, frightening to hear, and glorious to drive. The original Ponycar is famous all over the world and is an icon in its own right.

Because of its popularity, you can quickly get hold of any part you need. Some specialists even offer Mustang crate engines, newly manufactured interiors, and pretty much any feature you would ever need to finish your project. There’s no better place to start than this stunning icon as a beginner restorer.

Considered the first actual muscle car, the 1964 Pontiac GTO symbolizes a long-gone ear in car manufacture. While it never reached the heights of fame as the Mustang, the GTO found its home on the drag strips of the USA, where it ruled up to 1970. Pontiac is long gone, but fortunately, you can easily find spare parts for the GTO from the most well-stocked specialists.

However, you might have to pay a premium for GTO spare parts since it is a relatively rare car. Additionally, you can no longer order parts directly from the manufacturer.

There are actually two cars included here because they both use the same Chrysler E-Body. During the muscle car frenzy of the mid-’60s to late 70s, manufacturers wanted larger engines. The E-Body was made for that purpose.

As a result, both cars are essentially the same, with minor differences in mechanics and bodywork. But because they are so similar, parts are often interchangeable, making them among the easiest you can restore as a beginner. Although if you do happen to fix an original Barracuda, you can expect to sell it for over $1 million.

Meaning “the way,” the El Camino is something of a strange car indeed. Catering to rural car enthusiasts, it combines muscle car design and power with the practicality of being able to throw your tools in the back. Basically, it’s a pick-up truck of steroids.

The popularity of the El Camino means you can pick up authentic and reduced parts quickly and cheaply. But the natural beauty of this vehicle is its Chevelle A-Body. The A-Body is a generic type, meaning you can do a lot with it. That’s why you see unique El Camino custom jobs from all over the world.

The Impala SS from Chevrolet is one of the most iconic muscle cars ever produced. Almost as popular as the ’65 Mustang, the ’70 Impala is rife throughout pop culture. Most recently, in the hit show Supernatural, the main characters bust ghosts and exorcize demons across America in their superbly restored black Impala.

What makes the Impala special is that it offers the power of mid-sized sports models with the comfort of a saloon. Simply put, it’s a powerful sports car where you can safely pick up the kids from school.

When beginning restoration, one of the biggest problems you will run into is finding the parts you need. Fortunately, there is an excellent aftermarket culture for old American cars. While you can Google for parts or check eBay, you can also find parts in other ways:

Getting parts for older cars can be tricky. However, if you put in some extra effort, you’re sure to find what you are looking for. The classic car culture is alive and well all over the world. But parts won’t come to you. Instead, you need to look for them.

Chevrolet’s Monte Carlo almost defined the very essence of 1980s American cars. At a time when aerodynamics were known only to aerospace engineers, the Monte Carlo SS was eating up Southern US roads thanks to being based on the famous NASCAR vehicles.

Unfortunately, the car only sold well in the Southern states because of this. But it has seen a resurgence recently. So you can easily get hold of most parts as manufacturers have come to recognize the importance of this game-changing car and its place in automotive history.

The Mercury Cougar was launched in 1967 by Ford when it won awards and became a firm public favorite with more affluent car enthusiasts. Based on the ’65 Mustang, the Cougar was larger and catered more to families than the James Dean and Steve McQueen types.

Ford subsequently produced many iterations of the Cougar, but they pale compared to the original models manufactured between 1967 and 1970. These models are highly collectible and, because of this, more accessible to restore thanks to stockists with good aftermarket prices.

Your first inkling of the Ford Torino might have come from the excellent Clint Eastwood movie Gran Torino. Yet you might also have known about this stunning classic all along. Either way, once you see a Torino of any model, it always stays in your heart.

Aside from its attractive looks, one of the main reasons people love the Torino is its affordability as an excellent Mustang alternative. However, lovingly restored Torinos sell today as much as a Mustang does. There’s also an abundance of spare parts, making the Torino a great first project for beginners.

One of the most potent cars of its time and based on General Motors’ A-Body, the 1968 Oldsmobile Cutlass offered equal parts power and luxury. Because of this, it was one of the best-selling models between 1960 and 1970, with hundreds of thousands sold.

While the company is long gone, you can find Cutlass everywhere across the United States. This works out well for you since parts are readily available. Heck, you can even get the entire car itself on the cheap. Of course, it won’t sell for the price of a Mustang, but you’ll have just as much fun.

The 1981 Pontiac Firebird sits among the most influential cars of the decade. As the forerunner to the 1982 Firebird TransAm, the Firebird was the inspiration for the iconic KITT from the hit TV show Knight Rider. The Firebird was built purely for performance, and models like the Grand National and GNX were some of the most fearsome cars around in the early ’80s.

Today, the vehicle is recognized for its contribution to motorsports and its involvement in the development of the TransAm. Which means it is highly collectible with spare parts readily available.

There are countless classic cars. But there’s something about American cars from the 1960s to the 1980s that captivates us with a glimpse into a sacred era. Unlike intricate European motors, classic American cars were built for power and speed, sometimes with comfort. Therefore, they are simpler to restore and make a great starting point for novice hobbyists. Some icons include the Pontiac Firebird, Chevy Impala, and the 1965 Mustang.