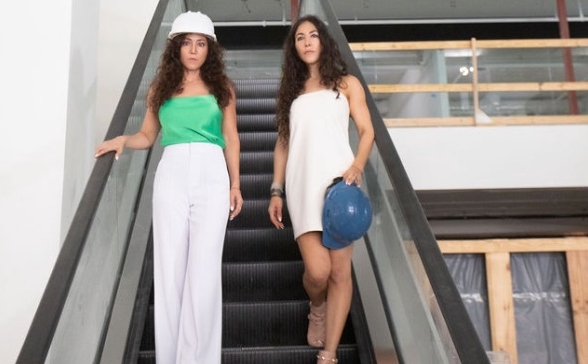 We’ve talked a lot of late about what’s going on in Miami, and Florida in general. The Miami real estate market is strong, with rising prices and low inventory. More people are moving to Florida generally, especially from states like New York and California.

Related: The Bentley of condos: New luxury residence to re-define the Miami skyline

As Miami in particular becomes more of an enclave for the affluent, luxury developers are following, with projects responding to new-found demand. Miami real estate has seen surging growth in the residential sector and heavy retail construction, ranking it among the top U.S. metros for development over the past ten years. There’s been 24 million square feet of retail space added over the past ten years according to this report.

Two sisters who work in a predominantly male business have found strength in family bonds and have balanced their different areas of expertise to bring success to their growing development company in New York City and Miami. In Miami, that’s seen through the new Time Century Jewelry Center, at 1 NE 1st Street, set to open its doors after a $50 million investment. The project will be a glamorous centre point of Miami’s Jewelry District, an area that generates close to $1 billion in sales annually.

Rafaela Levy-Obadiah, and her sister, Galit Levy-Deutsch, are both principals and project managers in their father’s development company Time Century Holdings. Rafaela works in Miami developing Time Century Jewelry Center, and Galit is the project manager in New York City with their projects in that city.

When did you start working in your father’s business?

Says Rafaela: “We began working in my father’s business Yair Levy  in New York City right out of college. My father was in the clothing business at the time, and we helped create, distribute, and sell high-quality clothing in our retail outlets. This is where she and I developed a love for design and fashion.

“Then my father, a natural entrepreneur, decided to get into the development business. So we followed along. With our experience in design, we both built our project management skills and continue to provide the company critical assistance in architectural design, materials, and a modern approach to all projects we make.”

What are your respective roles, and how do you share responsibilities?

Galit says: “We both act as the company’s creative directors and handle all aspects of design and production. We work closely with our construction teams in NYC and Miami, handling all sourcing of materials for each location. Our focus is to design, develop and manage top properties in each market effectively.

“Rafaela handles the business side of the company, from public relations to marketing, events, leasing, etc. I’m focused on the growth of the business. But we both concentrate on the art of design and love to bring our fashion sense into each project.

“In the past year, we have been overlapping roles because we find our efforts to be more successful when we work together as a team on design, events, marketing, public relations, etc. Our ability to constructively connect our two different points of view has allowed us to grow our business in the right direction.”

To what do you attribute the strength of your business relationship?

Says Rafaela: “The main strength of our partnership is that we are sisters. We believe in each other and are incredibly passionate about creating beautiful buildings that work. As young entrepreneurs in business together, we already have the foundation of trust, respect, and communication. We know our relationship as sisters is more important than our partnership as business owners.

“The mutual love and respect we have for one another allows our partnership to flourish and continue to grow. We also know everything about each other so each knows how the other will deal with a crisis or a situation. We know which one of us would be better equipped to handle certain situations. We balance each other out.

“As sisters, we are always honest with each other and have only our company’s best interest in mind when we make any decision together.”

What was your biggest challenge as a colleague, and how did you overcome it?

Galit says: “As our business began to grow and continues to grow, we made sure that we spoke to each other as business partners and not as sisters. We cannot bring our relationships with us to the office. There is always time for us to deal with personal matters. But when it is time to discuss business, we stick to our commitment to each other. We have found a way to keep our business relationship and working environment healthy. And as sisters, we will always be there for each other no matter what happens.

“Another one of our biggest challenges has been working with a limited staff. It is just us! We do everything for our projects. Sometimes it isn’t easy when one of us has more excellent knowledge or expertise in a particular matter. Now we make sure to do our best to work together or at least be there to support each other in any way possible.”

What advice do you give to other sisters working together?

“While we are both dedicated to achieving our goals and being successful, we love to focus on the beauty and design of each location. Galit is more focused on what is selling in the market. At the same time, we both believe innovation and unique design are our brand identity. This has allowed us to do what we love at the same time, be successful. So, our advice is to ensure you tap into your innate talents,” says Rafaela.

What advice would you give to new sister partnerships?

“Plan, plan, plan. Plan for bad days and good days. Make sure you both have the same goals for your business. Lastly, enjoy what you do! If you both want it, you will have success every day,” says Galit.

Time Century Jewelry Center will be offering over 225,000 square feet of space. The project is designed with the latest state-of-the-art conveniences necessary to service the growing influx of jewelers, watch companies, and jewelry trade services now establishing themselves in the heart of downtown Miami.

With a sizeable three-story atrium and custom-designed escalators, shoppers can see through to the salons throughout the first three levels. Most retail spaces will have unobstructed signage viewable from the main floor. Visiting customers will also benefit from Time Century’s very own valet parking service or select from several newly-built public parking garages steps away from the building. 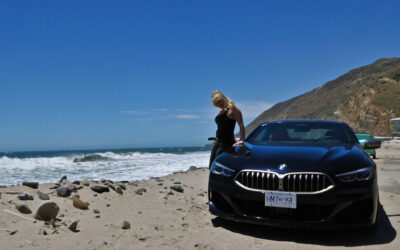 If you're thinking of moving to Los Angeles, now might be a great time to start looking for houses to rent. The city is continuing to expand and grow, which means there are always opportunities for new renters. Plus, with the economy booming, there's hardly any...

END_OF_DOCUMENT_TOKEN_TO_BE_REPLACED 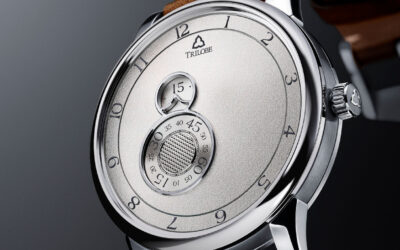 Refreshingly unique, the Trilobe Nuit Fantastique captures the passage of time without hands. Driven by Trilobe’s X-Centric movement, the whole timepiece, both inside and out, projects a feeling of purposeful construction through strong, almost architectural,...

END_OF_DOCUMENT_TOKEN_TO_BE_REPLACED 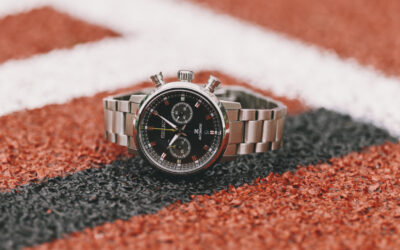 The year 1964 was a big one in global watchmaking history, especially for those with an interest in the accuracy and precision of stopwatches. Related: Tudor releases a new Pelagos in 39mm That was the year Seiko brought in a heart-shaped cam into a stopwatch...